The Chinese chestnut trees growing on my property seem to know how to maximize their energy expenditure. 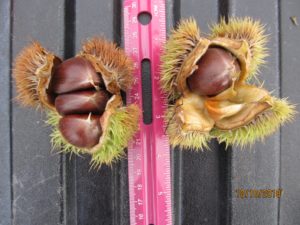 In the following picture each burr has one blank and two developed nuts. 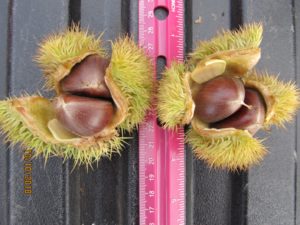 It seems that the tree knows enough to parcel out  its energy into developing one or two full nuts and leaving the others blank rather than spreading energy over all the nuts.

And here is one where none of the three nuts developed.

And the following picture show an array of blanks. 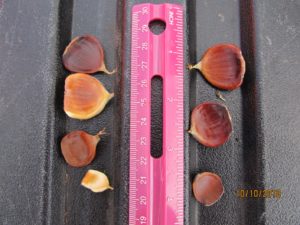 The following shows an array of developed nuts. 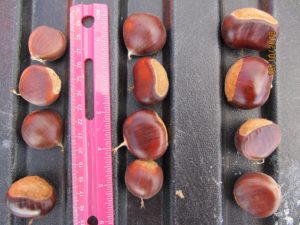