Previous owners of the property planted various flowers and trees at various sites that have outlived their ownership. A previous post showed some of the early blooms – here are a few that bloomed later.  Do you know their names? 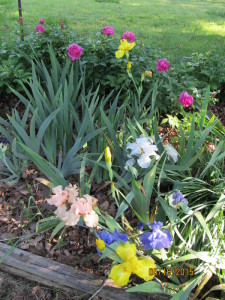 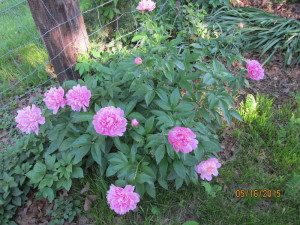 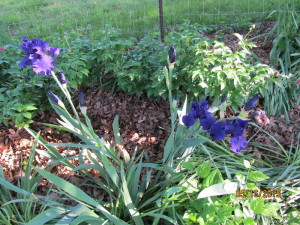 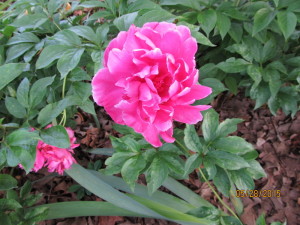 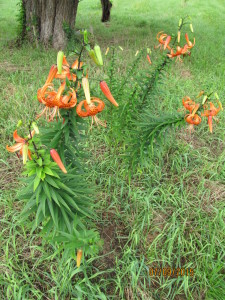 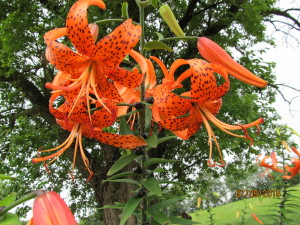 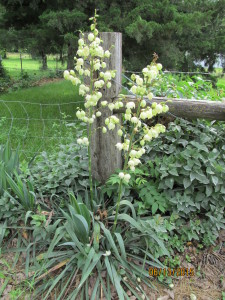 Two years ago I planted a sage bush which produces pretty purple blooms – picture below. 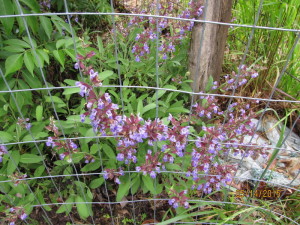 How about a picture of Socrates’ poison plant (hemlock)? 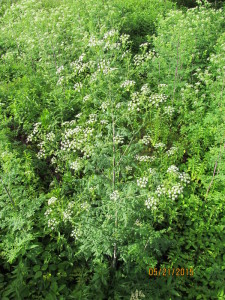 Yesterday the temperature reached 96 degrees and I was not the only thing that showed the effects.

After seeing the somewhat wilted squash vines that are growing out of my compost bin/pile, I remembered the same thing in my mothers gardens when I was growing up. The following picture shows some of the big squash leaves that are drooping in the hot weather. 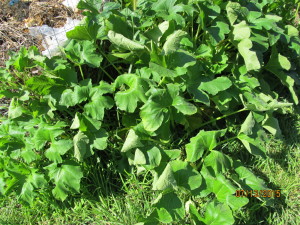 And, here is a wider picture of the squash vines growing out of the compost pile as they continue to conquer territory. 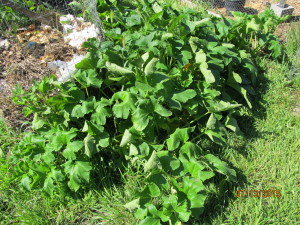 Now I need to decide if it is worth continuing to walk around the encroaching plant with the potential return of a few squash, or, should I chop the plant down and add it to the compost pile.

Many of the pecan seedling trees in the field were damaged by what appears to be the work of June beetles.

When inspecting the damaged trees, no culprits were found on the leaves. That seems to be the nature of June beetles – hiding during the daylight hours and partying at night. There are good descriptions on the Northern Pecan blog.

The leaflets on some of the trees were completely destroyed – leaving only the stems of the leaves – see the following two pictures. 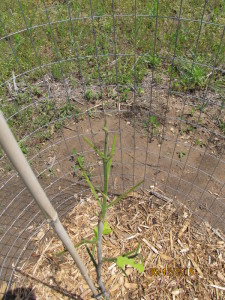 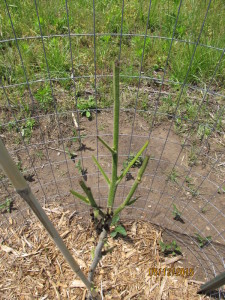 A second type of bug damage occurs where the  attack location starts at the tip of the growing shoot. Adjacent leaves are glued together into a mass where a worm feeds inside – see the following picture. 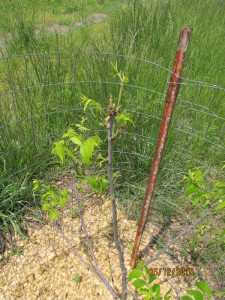 With other bugs gnawing on the leaves it amazing how the pecan trees keep trying to come back as the following picture shows. 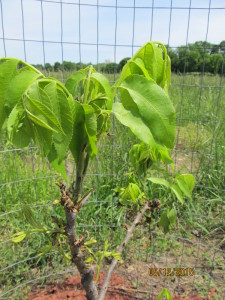 After over-wintering the potted trees in the straw bale fort it is now time to move them to a raised stand where they will continue growing and their roots will be air pruned when they grow out the holes in the bottoms of the pots.

One goal starting trees in pots is to form a mass of roots inside the pots which will support growth after planting out into the field. A common technique is to use a process called “air pruning” to increase root mass inside the pot and also prevent root growth outside the pot. Although pecan and Chinese chestnut roots require some air in the soil to grow, when they try to grow out through the holes in the pot into pure air they are “air pruned” and cease to grow in that direction. If the pots had remained in the Winter fort where mulch was packed between the pots, the roots would have grown outside of the pots — through the holes in the pots into the surrounding mulch. 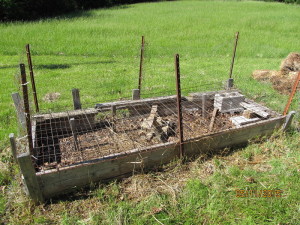 As observed in the next picture the potted trees fill in all the area of the raised platform. 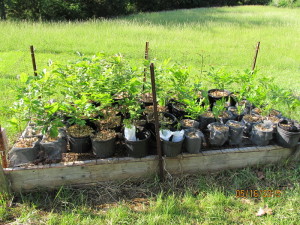