Everyone who has ‘gone fishing’ has probably snagged something on their hook that they did not expect – maybe a log, an old tire, the line of a nearby fisher-woman, etc.

But, there is one type of fishing that depends on snagging the fish with a hook rather than the fish taking the bait. Anglers working the rivers and lakes of Southwest Missouri use this technique to snag paddlefish.

Bragging rights for this endeavor seem to take the form of displaying the ‘catch’ by cutting off the bill and part of the head and mounting it on fence posts as in the two pictures below. 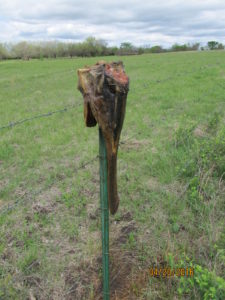 Driving through the countryside you sometimes come across the bounty of fishing trips displayed on a row of fence posts as in the following photo. 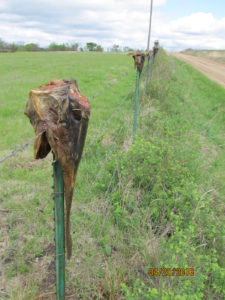 Paddlefish have an interesting history. Paddlefish have been called “primitive fish” because their appearance today has changed little from 70 million years ago in the late Cretaceous period. The American paddlefish is native to the Mississippi river basin. When the price of caviar taken from the beluga sturgeon of the Caspian Sea rose to high levels late in the 20th century, the eggs(roe) of the paddlefish were sometimes sold as fake caviar. Although I have never eaten caviar I do remember the catfish roe that my mother fried up with the rest of the catfish – of course we enjoy deep-fried foods for the taste of the batter.

And here are some more blooms of Spring. 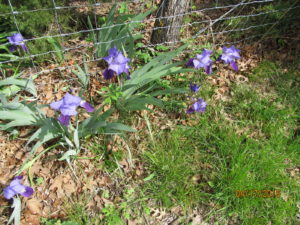 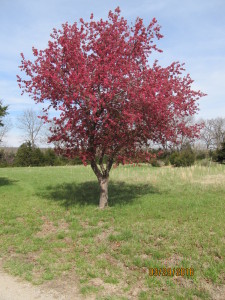 And that beautiful yard flower is popping up all over the place.

There should be a law against spraying herbicides on plants with such beautiful yellow blooms!