Although a few trees usually die during the first two years after transplanting from pots to the field, a number of trees that were four years old died this last Winter. In most cases the graft died and the root stock sprouted new growth. But, on three Lakota trees that were planted in October, 2014, a relatively large limb that grew from near ground level on the trunk died, and the upper portion of the tree stayed alive as shown in the next two photos. 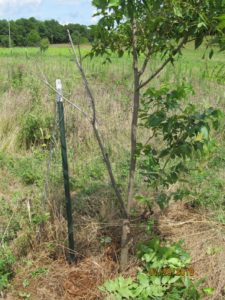 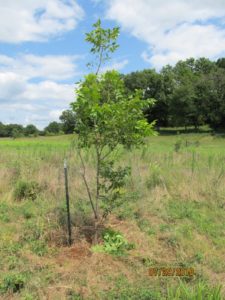 Another problem occurs when birds land at or near the top of the tree and break off the top. I do like to have birds in the orchard because they eat insects. But, when trying to train a central leader on each tree, this occurrence is frustrating. 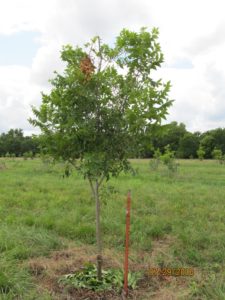 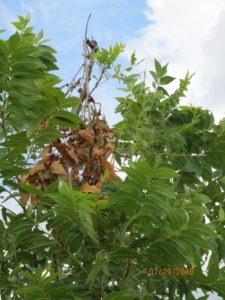